Become part of the family! 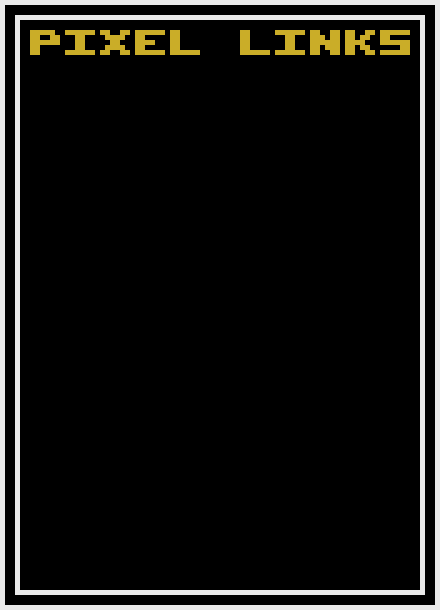 When Alex isn't at sea he can usually be found on the golf course 3 putting from 4ft. He enjoys creating maps from Drone Photography and going 0-3 in Magic Tournaments. He also enjoys drinking the most ridiculous IPAs money can buy.

WombatBill is old, so old that, if you let him, he'll tell you about his days coding games in 6502 and Z80 Assembly Language (ZZzzzZZ).

A lifetime gaming geek, anorak, Twitch superstar (self-proclaimed) and all-round nerd, Bill is happily married with the most amazing daughter in the Universe.

Kumori is a self-confessed football fan, alcohol enthusiast and full-time CNFT degen! When he’s not checking out the latest projects or using his ban hammer in the Pixel Links Discord, he likes to unwind by playing computer games and having a beer (or 10). Kumori can often be found on the losing end of a game of PGA2K21 against Alex.

Jordan has always had a passion for art and started developing his own games nearly a decade ago. His passions include fitness, tabletop games and of course, good quality family time with his newborn son. He recently finished writing a novel as his most recent project before Pixel Links.

BitMorsel has been developing games in his free time for over a decade. Other hobbies include riffin’ on the guitar, doodling sketches, practicing sleight of hand, and making delicious snacks. When he’s not spending time with his beautiful wife and daughters, he’s usually in his office tinkering away on a project or surfing the Cardano CNFT space.

John is most frequently found behind a computer nerding out about the latest programming language or statistics. In his free time he commands vast hordes of tiny plastic soldiers, and wins wooden spoons playing Magic: The Gathering. John misses English cider when he in Europe, and Dutch beer when in England.